Yesterday, The Ultimate Meeting 2007 ended, so it’s the right time to review the best and most interesting demos of 2007. Read on for a short summary which demos I would personally recommend to someone interested in the scene.

Let’s start with the two most important, most famous, most celebrated demos and certainly best demos this year. If you are a demoscener, there’s a 99% chance that you know them already; if you’re not, they are the best starting point to become addicted. I promise you will like at least one of them :) 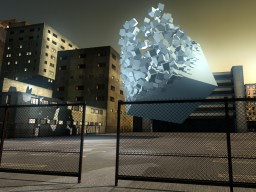 What happens if Farbrausch makes a full-size demo using only their Werkkzeug technology, which was made primarily for 64k intros, without using external textures, models or MP3 music? Right, you get a demo that’s well below 1 megabyte in size but still looks and sounds competitive. However, if fiver2 sits on the director’s chair, it’s going to be not only competitive – it’s going to be awesome. fr-041: debris. is exactly that. In less than 180 KiB, Farbrausch make an abstract alien force disorder and finally destroy a whole city. A previously unseen amount of attention went into the direction and (virtual) camerawork of this masterpiece. 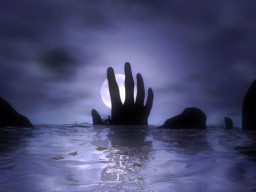 Andromeda Software Development (ASD) are famous for their elaborate demos with unique concepts and effects, smooth transitions and unusual soundtracks. In addition, they come up with real epic demos every few years, and “Lifeforce” is one of these. An amazing amount of work has been put into this demo: completely hand-written code, a very complex soundtrack, really nice 2D graphics and even details like having a company scan an old statue in an university library are points that show with how much love everything has been put together, and it shows.

Duckers took many visual clues from MFX demos, but still retained the typical Outracks style, which results in a demo that’s (in my opinion at least) far better than the MFX originals. Irvin’s excellent soundtrack completes the experience.

A demo in the typical graff style or Fairlight/Orange/CNCD, except that this time, the effects are really good. In one part, thousands of small leaves are flying through the screen – you need to watch that in realtime on a PC, a YouTube video just isn’t good enough for this demo.

Image postprocessing is standard feature in current demos, but Still took it to new extremes with this demo: Heavy motion blur and feedback effects create stunning visuals and smooth transitions that look even better than ASD’s.

ASD — Beyond The Walls Of Eryx

ASD’s entry into the Intel Demo Competition 2007 is technically very simple: 2½D graphics and no shaders. But the concept is very original and the graphics and especially the soundtrack fit perfectly.

Though the overall design isn’t that good (for example, it ends very abruptly), this demo has very nice effects and a decent soundtrack.

Many ideas and scenes seem to be more or less borrowed from ASD’s “Iconoclast”, but the overall style is of course very Traction-like. Overall a very nice demo to watch.

Andromeda (not to be confused with ASD) was once a very important group on Amiga and now they returned on PC with a very impressive first demo, containing a completely new effect, an infinite 3D zoomer.

Though the group exists since 1998, it’s been in the last few years that they really gained momentum and deliver releases of really good quality. With its fresh visuals and nice soundtrack, this demo is a perfect example for that.

Still can’t get enough? No problem, the next ones I can recommend are:

Here is where we come to a sad realization: There just was no really good 64k intro in 2007. Last year, we had instant classics like Dead Ringer and Chaos Theory, but this year, there were “only» decent intros, but no great ones:

The situation is exactly reversed with 4k intros: There was so much good stuff that it’s hard to pick the really outstanding ones. I try to pick a few, but this list is really not authoritative:

Finally, let’s leave the confined paths of PC/Mac demomaking and have a look at the platforms where programming is not only fun, but also adventure. Again, I won’t give a guarantee that this list is exhaustive, but I think it covers some of the most important non-PC demos this year: